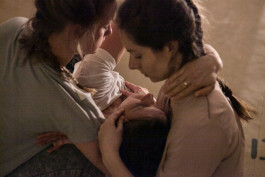 What does touch mean in the current world? Is it even possible to work with the intimacy of touch? Does intimate touch still exist in times when the intimacy has ceased to exist? A radical physical performance brings a unique audience experience – the only of its kind in Slovakia. It all begins with the spectators being asked to let go of their carefulness yet stick to their sensitivity…