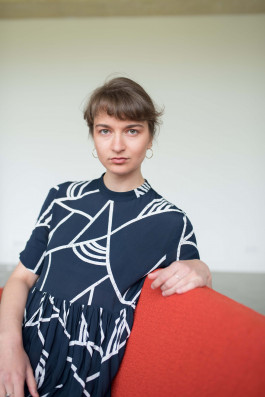 is a graduate of Dance Theatre and Performance and Dance Art at the Academy of Performing Arts in Bratislava. During her university studies, she already created several original solos that indicate her artistic tendencies. Silvia likes to work with several media when creating. Her long-term fascination includes performance in public space, work with the object, as well as the effort to understand and especially grasp the experience, whether individual or collective. She likes finding the ambivalent nature of situations, balancing on the edge of embarrassment and gimmick, of humour and the bizarre. In her work there are clear inclinations to the conceptual perception of movement art and also the perception of the performance itself as a wide range of self-expression as well as social reflection. She considers openness during the perception of art to be important, as well as the overlap and interconnection of various artistic spheres. According to Silvia, the work should be personal and at the same time communicating towards society, responding to current contexts.